Animals in Entertainment: The Zoo

Home » Animals & the Law » Animals in Entertainment: The Zoo 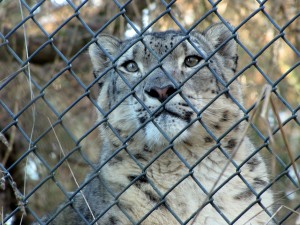 Zoo facilities range from dilapidated roadside zoos and small “petting zoos” to lavish landscapes that attempt to replicate a species’ natural habitat. Public opinion about zoos ranges just as widely. While many are opposed to zoos, others view zoos as a public good, as educational institutions, and also as vehicles for studying and breeding endangered species. However, even in the best managed zoos, there are going to be issues arising out of the sale of animals, their confinement and transport, and eventually how the animals will spend their later years once they are no longer suitable for exhibit.

First, an overview of the applicable laws:

The Convention of International Trade of Endangered Species of Wild Flora and Fauna (CITES) is an international treaty among 175 member countries that provides for the regulation of endangered species through the use of a permit system. Species are listed in one of three appendices, depending on how endangered they are, and each appendix has its own restrictions. A few aspects of CITES weaken its protective force for zoo animals. First, there are its essential limitations as a treaty: participation as a member of CITES is completely voluntary for any nation; and, even if a nation agrees to the treaty, the means by which a nation enforces the treaty is entirely up to it. That is, CITES members agree on the desired end, but the means and any implementation plan is never specified. Second, any animal of a species, if born in captivity — even if he is a member of a species classified as most endangered — receives significantly less protection than members of that species still in the wild. Third, all animals that have been housed in zoos prior to 1973, the year that CITES went into effect, are exempt from its protections.

Individual states have their own animal cruelty statutes. Generally, these laws define cruelty as intentional acts of beating, tormenting, overworking, starving, or otherwise abusing an animal; they also can include instances of neglect. However, the statutes vary considerably from state to state regarding what animals are covered and what the penalties are for violations. Currently, six states have chosen to make zoo animals wholly exempt from their animal cruelty statutes.

Laws About “Retirement” for a Zoo Animal

After perhaps years of being on exhibition, where do the animals go? Or, in zoo breeding programs where a “surplus” has been created, what does the facility do with the unneeded extra animals? As one can glean from the laws discussed above, there is nothing available in the legal system to ensure retiring animals receive proper treatment. In fact, these animals often are sold to research facilities; to dealers for canned hunts; to roadside attractions where they endure a life of isolation, concrete, and car fumes; into the illegal trade for exotic animals where they are kept in private, unregulated premises or sold off for their parts (a tiger skin, a rhino horn, a bear claw); or to slaughterhouses. Animals that are released to sanctuaries remain the exception rather than the norm.

Accreditation by the American Zoo and Aquarium Association

Accreditation by  the The American Zoo and Aquarium Association is given much weight within the zoo industry. Its Code of Professional Ethics mandates a higher level of care than the AWA’s minimum requirements. However, getting beyond the specific guidelines a zoo facility must follow in order to be accredited, one must also consider the monitoring and enforcement mechanisms in place. This is especially true when we are determining the effectiveness of any industry’s efforts at self-regulation: inevitably there will be a weighing of interests — the costs and benefits to the industry versus the animals — rather than the creation of a system that prioritizes the animals’ protection above all else.  Finally, let us not lose sight of the fact that the AZA is an organization of voluntary membership, and therefore its guidelines do not have the force of law.

Who Can Sue? The Legal Threshold for Standing

What About “Safari” Theme Parks?

Although “safari” settings may seem to be much more animal-friendly, these environments still pose many of the same problems related to other zoo facilities — sale, transport, the later years. And, though these outdoor settings are better than cages, they still are nothing like a species’ natural habitat: the animals here have little reason to engage in their natural abilities, such as foraging and problem-solving. Furthermore, although architects may plant some familiar vegetation in the designated areas, there are considerable limitations to how effectively one can mimic several diverse ecosystems all within the boundaries of one “safari” location. New Jersey, USA is not Africa. And it certainly is not Africa and Asia and other remote regions where these numerous species belong.

In addition, here are a few eye-opening facts about these “safari” settings, taken from Thomas G. Welch’s  Globalization and Animal Law, citing statistics found on the Helping Animals web site:

In response to the issues concerning zoos and their animals, the legal system relies on regulation rather than prohibition. However, I encourage individuals to thoroughly consider the lives these animals are forced to endure. Some proponents of zoos point to the extended life expectancy of many captive animals compared to those living in the wild. First, this is not true of all species; for example, it is not true of elephants, whose life in the wild naturally exceeds 60 years. But, even for those who may live longer at a zoo facility than they would have survived in the wild, what quality of life is there?  I ask: would a person choose an extra ten years of life if it meant having to live the entirety of his life imprisoned?

For those who argue that zoos are essential to educate the public –especially children — consider alternative ways that individuals can learn about animals: