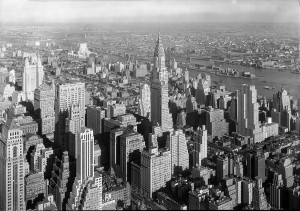 One of the ways law students and practicing attorneys can stay current on the issues and contribute to the local animal law community is by joining an animal law committee or animal law section of the state or local bar association. It’s also a wonderful way of connecting with other like-minded individuals.

While in Tucson, I served as student representative on the Executive Council of the State Bar of Arizona Animal Law Section. During that time, the section organized everything from social happy hours to animal law-focused CLEs and presentations at the annual State Bar convention. When it came time to organize my family’s return to Manhattan, I joined the New York City Bar Association as a recent law school graduate, specifically to connect with its Committee on Animal Law. I’ve already marked April 25th on my calendar: there will be a presentation and discussion at the House of the Association on 44th Street entitled “Sunset for Elephants and Rhinos in the Wild? Illegal Trafficking, Inadequate Enforcement, and Lack of Political Will.” This program is free of charge, open to all members and the general public. In addition, anyone interested in Animal Law can join the Tort Trial & Insurance Practice Section, which includes animal law topics.

To get a further glimpse into the kinds of issues such a committee tackles — and a look at what is currently happening in New York — here’s an excerpt from the March issue of the NYC Bar newsletter:

Humane Education
In a joint report the Committees on Animal Law, Children and the Law, and Education and the Law expressed support for A.2484, which would require the Commissioner of Education to notify every school district of the existing requirement that elementary schools provide instruction in the humane treatment of animals, their importance in the environment, and the importance of spaying and neutering programs. The amendment also authorizes the Commissioner to appropriate grants to teachers for training, workshops, videos, and other resources used for humane education instruction and that all applicants for a teaching certificate or license complete two hours of course work or training in humane education instruction.

Sprinklers in Pet Stores
The Committee on Animal Law supports with recommendations A.972, which would require the installation and testing of fire equipment and sprinkler systems for animal housing maintained by pet dealers. As drafted, the proposed legislation would only apply to pet dealer facilities housing dogs and cats and would not cover pet stores that sell only birds, rabbits, and/or reptiles. The report therefore recommends that the proposed legislation be expanded to cover all companion animals housed by pet stores.

Animal Licensing Exemption
A.1123/S.1700 would provide that commercial dog breeders are only exempt from New York State licensing, vaccination, and control regulations where the breeder sells dogs exclusively to USDA registered research facilities and has obtained a certificate of exemption. The Committee on Animal Law expressed support for this legislation as it would close a loophole that currently allows certain commercial dog breeders to escape the licensing, vaccination, and other dog control requirements simply because the breeder is registered as a Class A dealer with the USDA.

Unweaned Birds
In a letter to the Legislature, the Committee on Animal Law provided comments on A.738/S.1922, which would prohibit the sale of unweaned baby birds by pet dealers. The Committee supports the intent of the law, to protect unweaned baby birds and to protect consumers who may not know how to properly care for these birds, but expressed concern that as drafted the bill would not apply to many bird sellers. Under the proposed law only bird sellers who also sell dogs or cats would be subject to the law. The Committee recommends amendments which would keep the bill substantively the same but ensure that it applies to bird sellers generally. The Committee also suggested two other legislative approaches: establishing a fuller regulatory system for the sale of unweaned birds, and banning their sale altogether.

As you can see, State Bar Animal Law committees are such a positive force within our legal system. A wonderful means of bringing people together, all working towards more and stronger laws for the protection of animals.